To improve the lives and health of those affected by HIV/AIDS while preventing transmission through education and testing.

​Eliminating stigma and barriers to care to create a future free of HIV.
Goals
Services
History
ALFA was organized in 1987 as a grassroots effort to provide support services to those affected by HIV/AIDS in Burke County. Due to the rising numbers of HIV/AIDS cases in the area and the lack of any coordinated effort to provide assistance, an “AIDS TASK FORCE” was created in June of 1987 at the request of the Burke County Health Department and Grace Hospital.

This task force was a cross section of community members which included health care professionals, educators, clergy, people living with HIV/AIDS, and concerned citizens. As the group’s existence became known, the organization grew in scope, activity, and membership. Almost immediately the group was bombarded with requests for information, referrals, programs, and volunteer needs. This overwhelming response validated earlier perceptions of the need for this organization.

It soon became apparent to the group that it must become a full-fledged service organization with more formal structure and financial support to provide the requested services. Therefore the task force decided to expand services outside Burke County and into Catawba, Caldwell, Alexander, Rutherford, and McDowell Counties.

A fearless leader by the name of Steve Yount volunteered to spearhead this group and essentially worked out of his car to disseminate information about HIV/AIDS. During its first year, ALFA received a $1,000 venture grant from Burke County United Way. ALFA proceeded to initiate fundraising events that would allow the organization to offer educational and support services in the six-county area. In February of 1989, the group applied for incorporation as a non-profit, tax exemption organization with the official name of AIDS Leadership Foothills-area Alliance (ALFA). Since that time, services to Rutherford and McDowell counties were reassigned to another AIDS Service Organization (ASO) and Wilkes County was added to ALFA.

From 1991-1998, ALFA served as lead agency for the Ryan White Foothills Consortium, established in order to access and distribute funds from the Ryan White CARE Act. ALFA was then affiliated with the Northwest Care Consortium based out of Winston-Salem. We worked together to identify and meet needs of the HIV population in the Unifour and Wilkes counties by developing local resources within the medical, dental, social, and mental health care realms of these communities. A Ryan White federal grant was awarded to start Fairgrove Primary Health (FPH) at Catawba Valley Medical Center (CVMC). This comprehensive HIV clinic provides medical care for patients regardless of their payer source – a dream of ALFA’s founder, Steve Yount, who died in 1994 due to complications of AIDS. ALFA is an integral piece of this specialty clinic.

In 2005, ALFA added the northern counties of Alleghany, Ashe, and Watauga, and later in 2008, added Lincoln County to its service area. In 2010, the state AIDS Care Program dissolved the consortium model and divided the state into ten regions. ALFA developed the Region II Network of Care in partnership with Catawba Valley Medical Center (CVMC). The Case Management Department transitioned to Medical Case Managers adopting the medical model for client care.

Today, ALFA has a staff of seven full-time employees; a case management department that provides services to over 178 people living with HIV/AIDS; a client empowerment program; and an education/outreach department that offers prevention education to the community, HIV testing and counseling services, and a multitude of volunteer opportunities.

If it were not for the many volunteers who saw the need for an AIDS Service Organization in the area and ran with the concept with all of their heart and soul, ALFA would not be here today.

AND THAT IS JUST THE BEGINNING…. 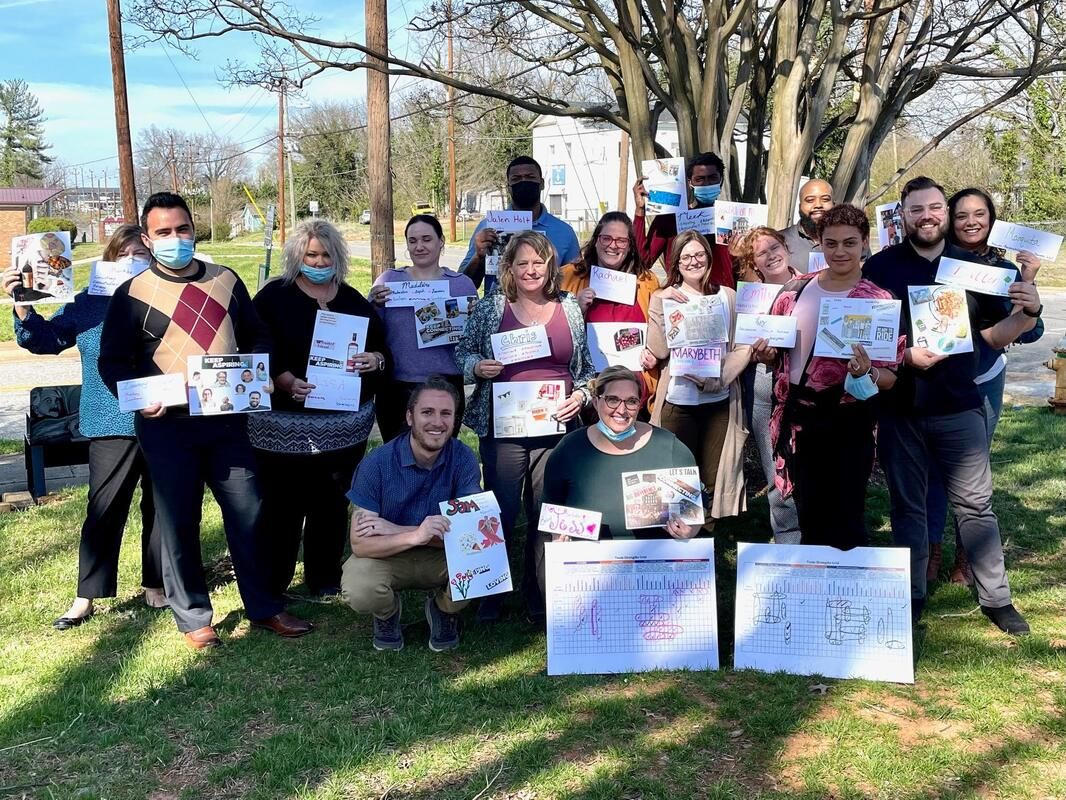